You would agree with me that there can be few more pressing issues than the current state of the environment and consequences for humankind, particularly children. At a time when global consumption and production levels exceed the earth’s sustainable carrying capacity, there are worldwide calls to find ways to sustain the earth for this and future generations. At the International School of Ahafo, we have sought to harness the immense potential of children as active citizens and change agents for sustainability through the celebration of Green Day, under the auspices of our Student Council. In an era when school children are striking for climate action, this year’s event which was held on Friday, 24th May 2019 took on a serious tone and was focused solely on Climate Change, the biggest global health threat of the 21st century. Our day started with an assembly to which parents and friends of the school were invited. 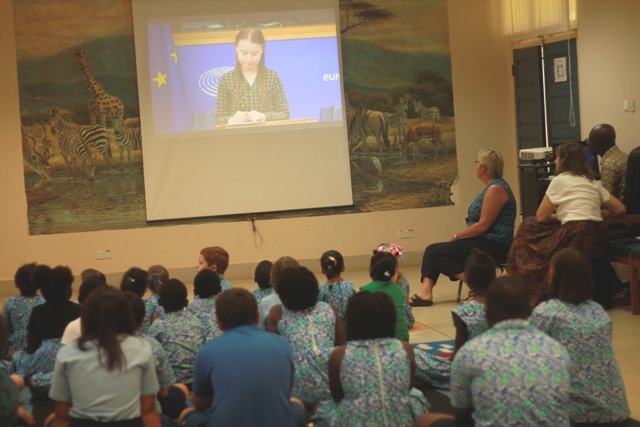 This featured a video of Greta Thunberg, a 16-year old Swedish Climate activist raising global awareness of the risks posed by climate change, and holding politicians to account for their lack of action. The Student Council also shared facts about climate change, what may happen to our planet in the relatively near future and practical ways to combat Climate Change. 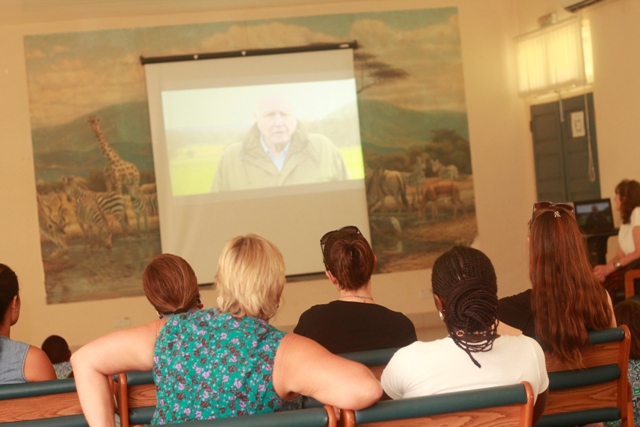 Thereafter, we watched a BBC documentary, entitled 'Climate Change - the Facts', that discusses the science of Climate Change and possible solutions to counteract it. There were interviews with leading climate scientists and people who live on the frontline of climate change to confirm how the grim reality gives us all climate anxiety. Tackling climate change and other environmental issues – including biodiversity loss, soil erosion and even ocean plastic pollution will require major changes to society. Over the years, we have engaged the support of staff, children, families and the broader community in making changes – ‘small wins’ to many of our day-to-day practices. However, our efforts have barely scraped the surface and the children believe that there is more that needs to be done in this regard with Newmont partnership. Hence, this year the children also wrote letters to Newmont asking them to work harder to reduce the carbon footprints of MKV. Some of the ideas the children raised are placement of recycling bins in MKV, reducing the use of the washing machine and dryers in homes, giving up meat, replacement of polystyrene bowls at the Club House with Tupperware, use of solar panels for energy, use of tote bags for shopping at the Commissary, eliminating first class travel for employees, carpooling to work, among others. 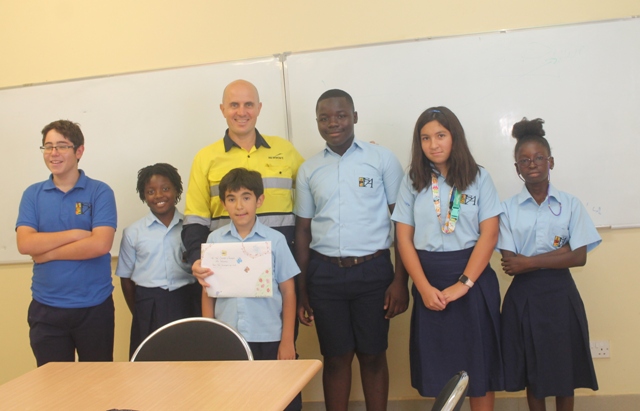 The Student Council delivered the letters to the General Manager of the Ahafo mine on Thursday, 6th June 2019. The General Manager, Mr. Bernard Wessels, acknowledged receipt of the letters and underscored the cost and sustainability implications of relying solely on solar for the mine’s operations. This notwithstanding, he mentioned efforts Newmont is making to replace some of its energy needs with solar, starting from a pilot project in the Newmont Akyem mine. The children were also encouraged to make incremental efforts in the fight against climate change. We wish to seize this opportunity to thank the Principal, staff, Student Council members, parents and everyone who helped in diverse ways towards a successful Green Day. We are making great strides in our climate efforts and we challenge you to do same!